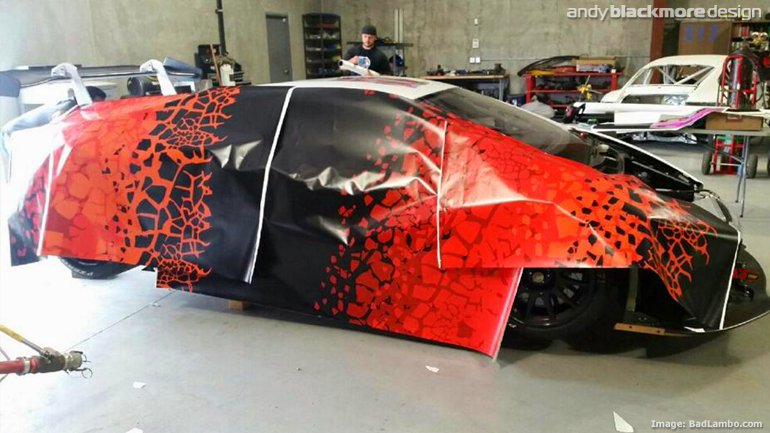 With the High Blood calcium is BAD program using Reds and Oranges, I developed a design where the Satin Black breaks up and cracks, revealing a series of reds and oranges, much like Lava, eating away at the bodywork, this is then repeated on the rear of the car, with the graphic scaled differently on the roof to provide contrast.  Jim’s daughter, Ali, a successful artist, will produce a piece of art for the engine cover. 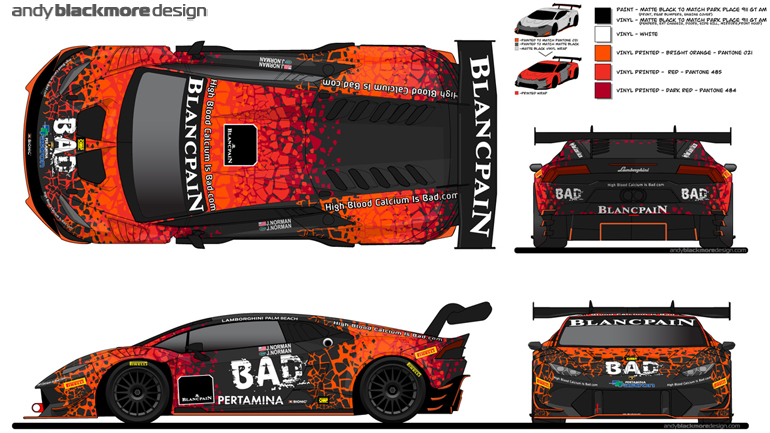 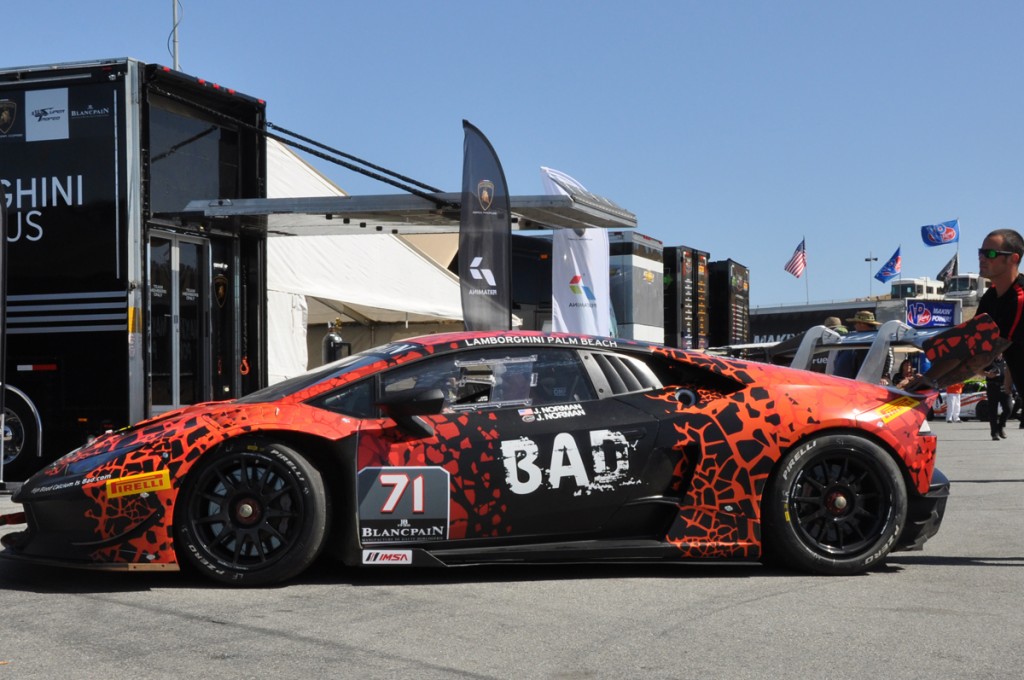 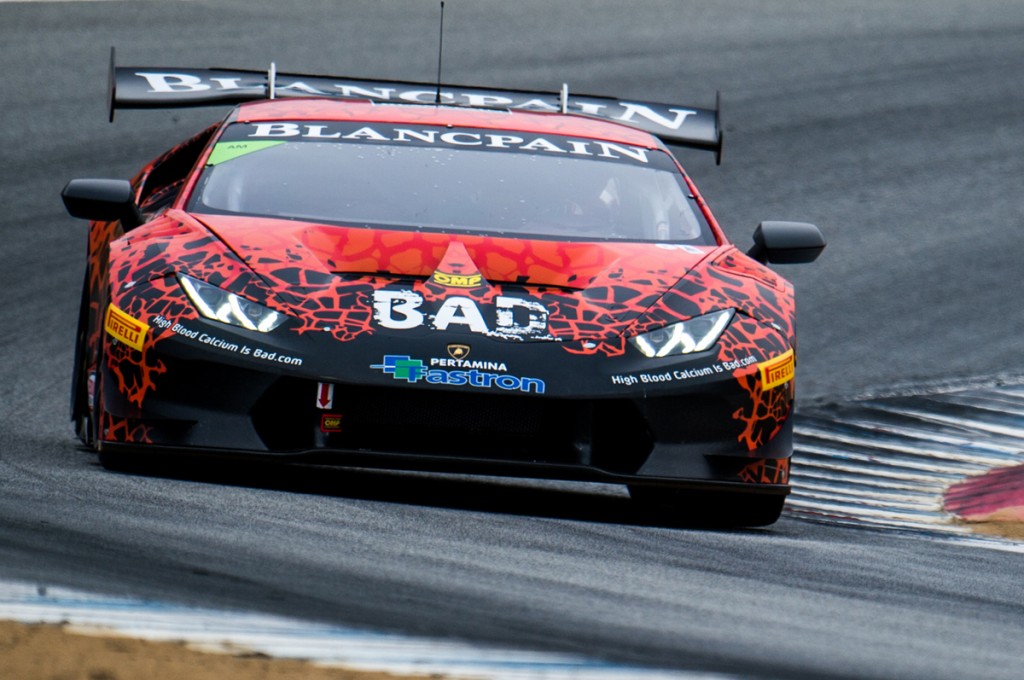 The cars looked great on track and was a fan favourite in the paddock.