Ahead of the R8 Debut, IMSA, the governing body released this video and entitled it ‘Eye-Catching Audi Makes GTD Debut at Lime Rock‘ 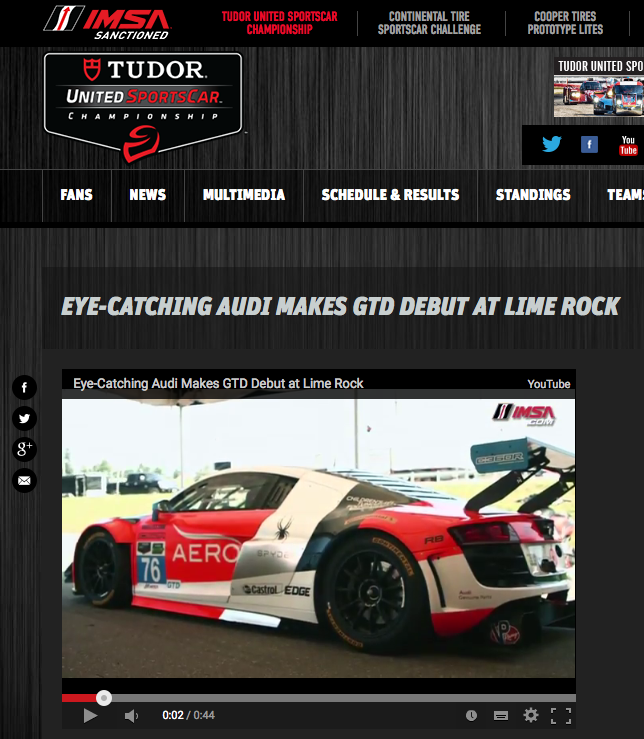 You can read about the livery design process in the Compass360 Racing Portfolio Feature.