I have recently been working with a local team, HPA Motorsport, one of the leading Volkswagen Audi Specialist in North America on the creative identity of their two car ‘TC’ class team in the 2015 Pirelli World Challenge.

With a desire to showcase their automotive parts and cutting edge SEMA winning car builds, I have created a livery which showcases the parts of their their VW Jetta GLi race-cars via a tear-away cutaway graphic. 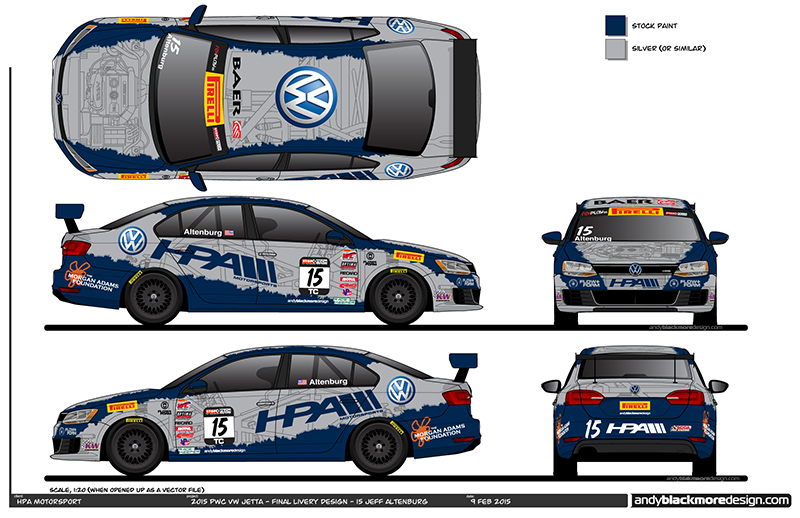 With the team being so local, I’ve been able to measure up the car closely and take over 400 reference photos in order to draw up the livery. The design takes the form of  a partial wrap with the original Metallic Blue paintwork surrounding the cutaway with a jagged graphic based loosely on their existing corporate identity.

It has been great working with HPA on the design and I believe we have come up with a distinctive design. One of the more complicated and challenging liveries to creates,but nothing I like better.

Quote from the press release (below) : “Andy’s creativity and artistic touch has really set these cars apart. It is his attention to detail that really impressed our group” -Marcel Horn, President of HPA Motorsports. 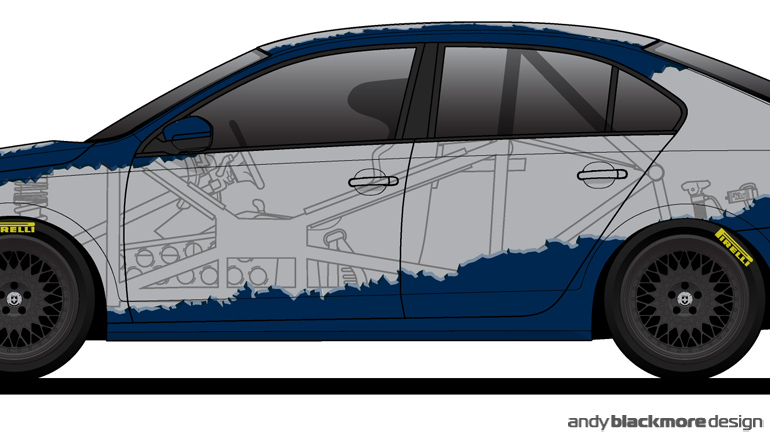 The two HPA Motorsport VW Jetta’s will make their debut in the Pirelli World Challenge in early March at the Circuit of the Americas. The chassis are two of SIX cars which will feature Andy Blackmore Design liveries in the 2015 series. 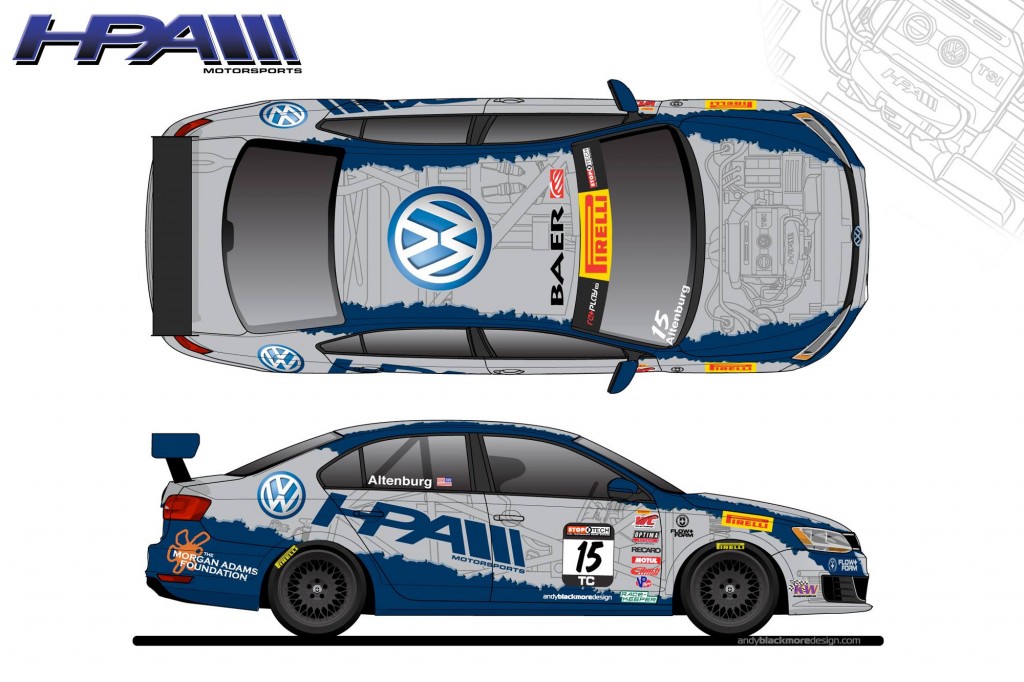 HPA Motorsports Inc. has been collaborating with Andy Blackmore Design and has now finalized the livery to be featured on cars number 15 and 16 in the 2015 Pirelli World Challenge Touring Car Championship.

The two Touring Cars feature a unique tear-away design to expose the Volkswagens’ performance elements lurking behind the sheet metal. “Andy’s creativity and artistic touch has really set these cars apart. It is his attention to detail that really impressed our group” says Marcel Horn, President of HPA Motorsports.

With champion driver Jeff Altenburg already signed to pilot Car Number 15, HPA is proud to announce the addition of Alex Welch behind the wheel of Car Number 16 to round out their team for the season.

An accomplished entrepreneur, investor, and mentor in the high tech industry, Welch brings his competitive energy to the HPA team for his third season running in the Pirelli World Challenge series. Welch has a broad range of racing experience and has competed in several spectrums of the sport starting with vintage racing in 2009. In recent years Welch has seen podium finishes in ALMS piloting a Porsche Cup and Pirelli World Challenge GTA with his Audi R8, which he will also continue to race at select events. 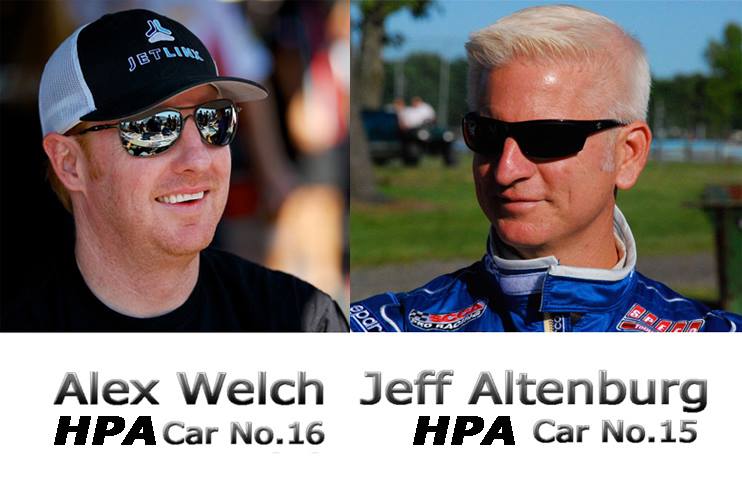 Welch will be driving in support of the Morgan Adams Foundation and says, “I am very excited to go back to my roots as I’ve always enjoyed driving and tuning my own Volkswagens. HPA obviously has a lot of experience with these cars, and I look forward to this new challenge for 2015”.

As the Canadian based HPA team gears up for the season opener from March 6th to 8th at Circuit of the Americas in Austin, Texas, Horn says, “We are excited to hit the grid at COTA next month and are looking forward to seeing these two stellar drivers working to place the HPA Jetta GLI’s onto the podium and showcasing the durability of these Volkswagens”. HPA Motorsports Inc. is known as one of the world’s premier VR6 tuners with 24 years of experience building high performance AWD turbocharged VW’s and Audi’s. HPA has applied their longstanding expertise in forced induction technology to create innovative performance products for the current generation of 2.0T equipped vehicles.
www.hpamotorsport.com