With the help and support of Nissan and their teams in Japan, I was able to accurately show the cars in their 2016 liveries prior to their launch.

I have also produced a NISMO Motorsport set of illustrations for a Paul Ryan Media designed infographic to announce their broader range of Nissan motorsport in 2016 from the Nissan Micra cup through to Super GT and the World Endurance Championship. 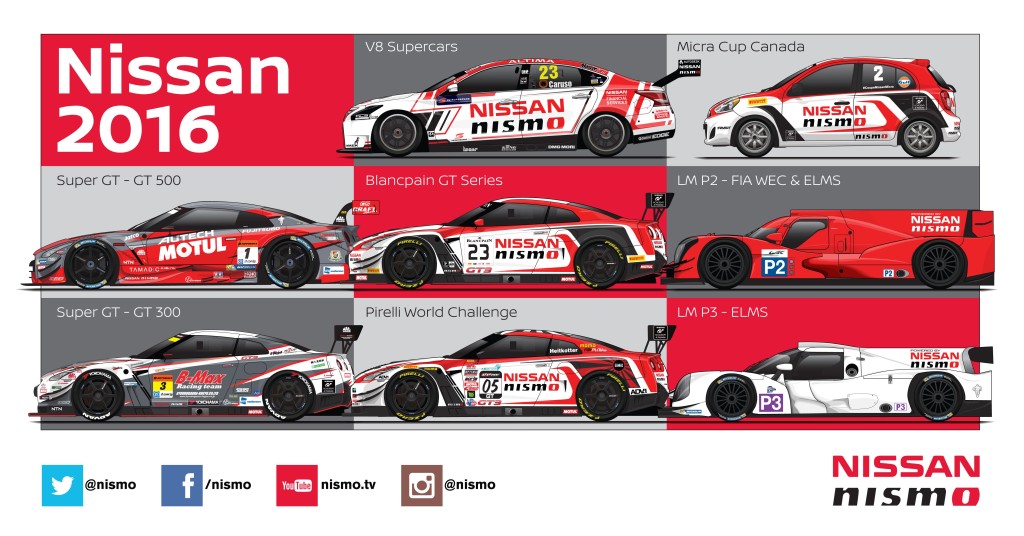 You can read more about my Nissan and NISMO illustrations here

NISMO has triumphed in four of the past five Super GT GT500 championship battles and now Nissan has its sights set on repeating its winning ways when the 2016 championship kicks off this weekend in Okayama, Japan.

Last year’s championship victory by Tsugio Matsuda and Ronnie Quintarelli was their second consecutive title win and Quintarelli’s fourth in total (he won with Masataka Yanagida in 2011 and 2012).

Nissan previously claimed the GT300 title in 2008 and 2010 with the Nissan Fairlady Z Z33. Prior to the commencement of the Super GT era in 2005, Nissan took seven top class titles starting from 1993 along with four GT2/GT300 crowns.