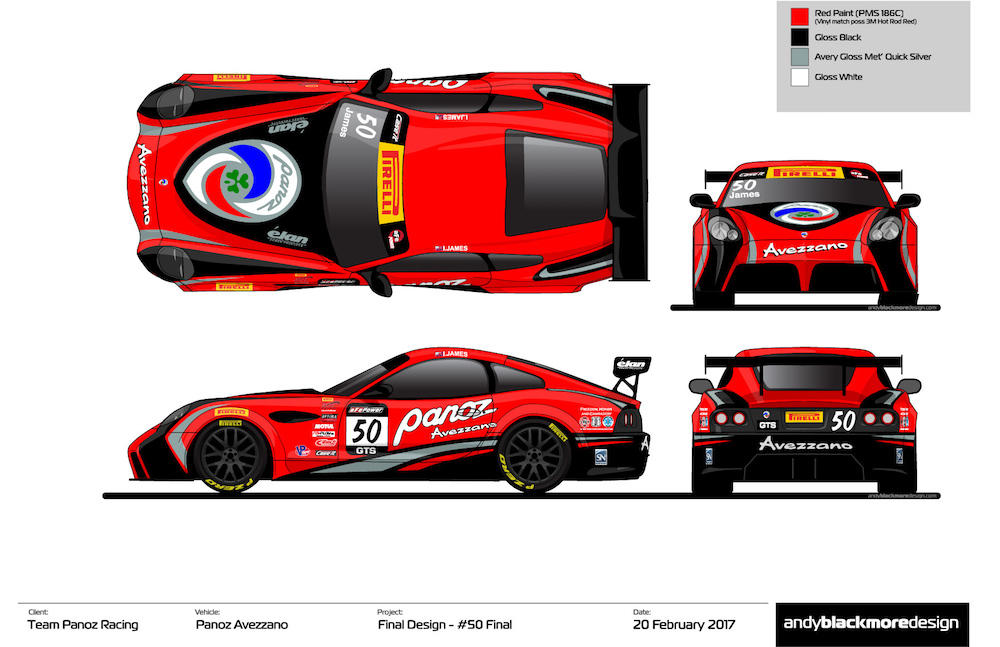 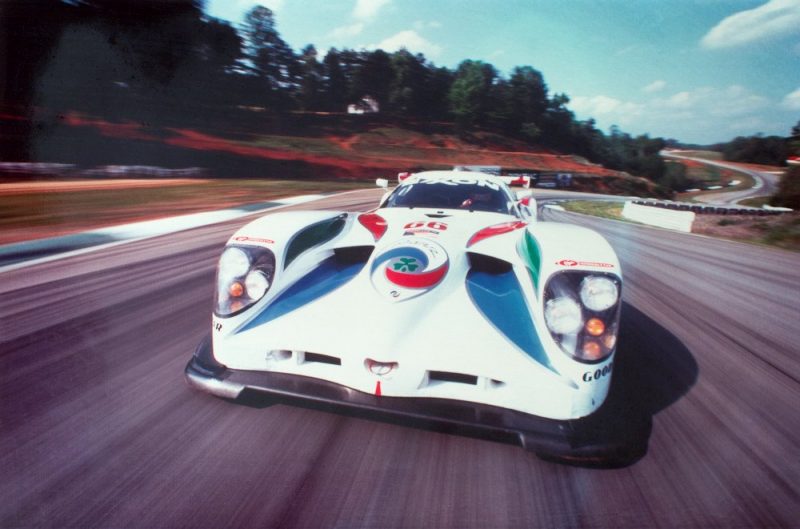 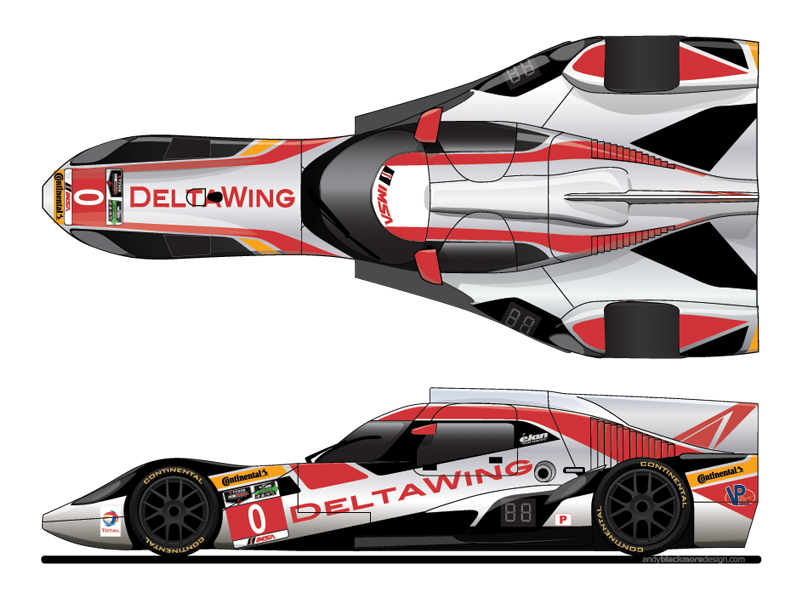 Back to today, The form of the Avezzano is both unique and classic so we wanted to reference that rather than hide it, so many of the color split lines, for example on the hood and around the headlamps flow around the body. 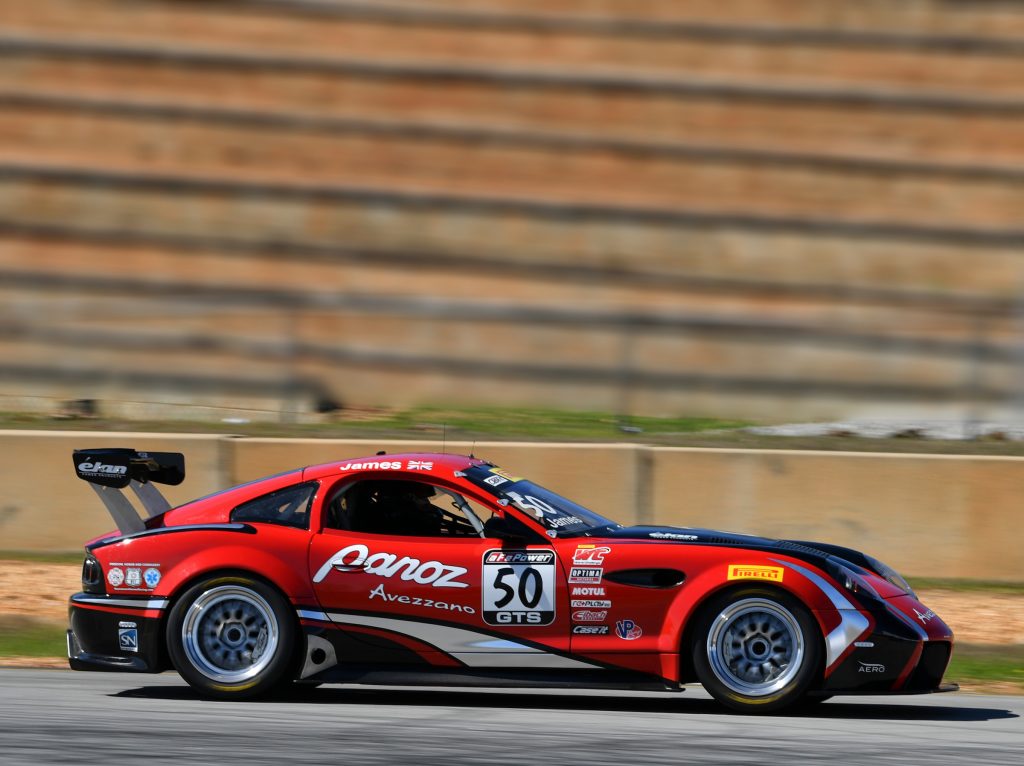 As you can see, form follows function. Additional cooling was required, so the Panoz logo was reduced, but the hood remains unique. 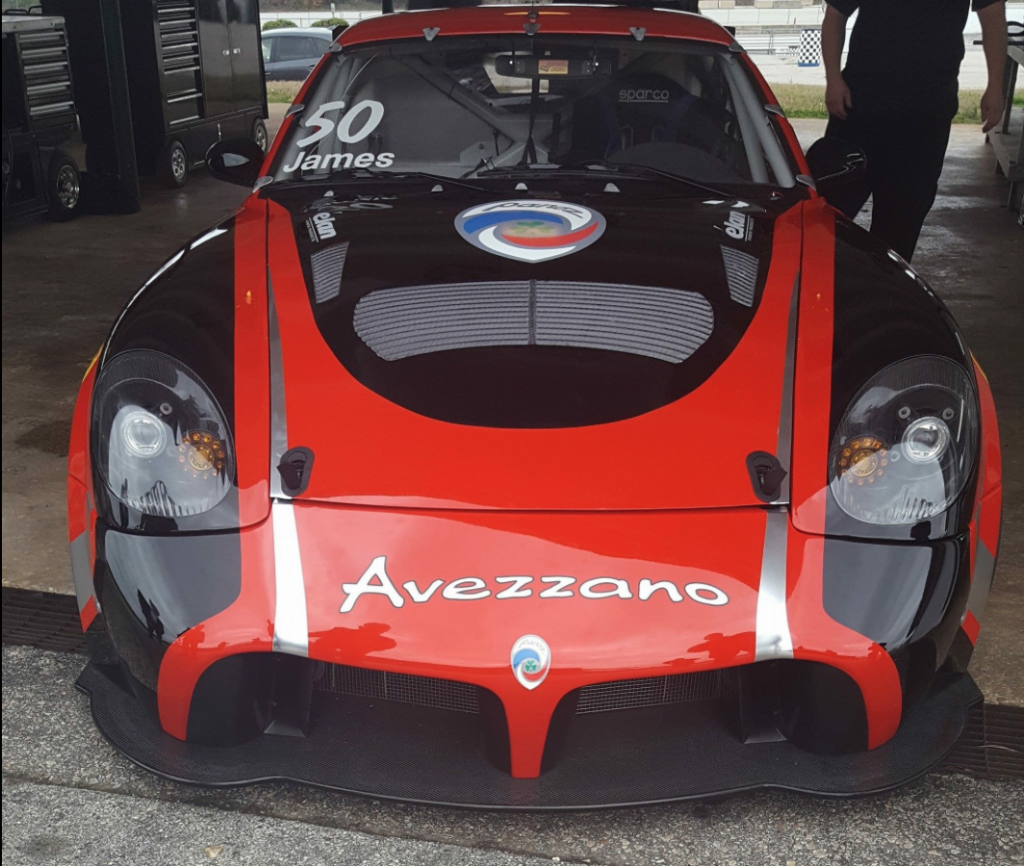 As regular readers will be aware, I like to use different material finishes, so we spec’d a Metallic Silver. Thankfully, another client, AERO came up with the goods at short notice and this was updated to their Satin ‘Liquid Steel’ Paint film.

This will be one of a total of six of my liveries in Pirelli World Challenge, although the others will not appear at the first round. Keep an eye for who drives what here as the season progresses. 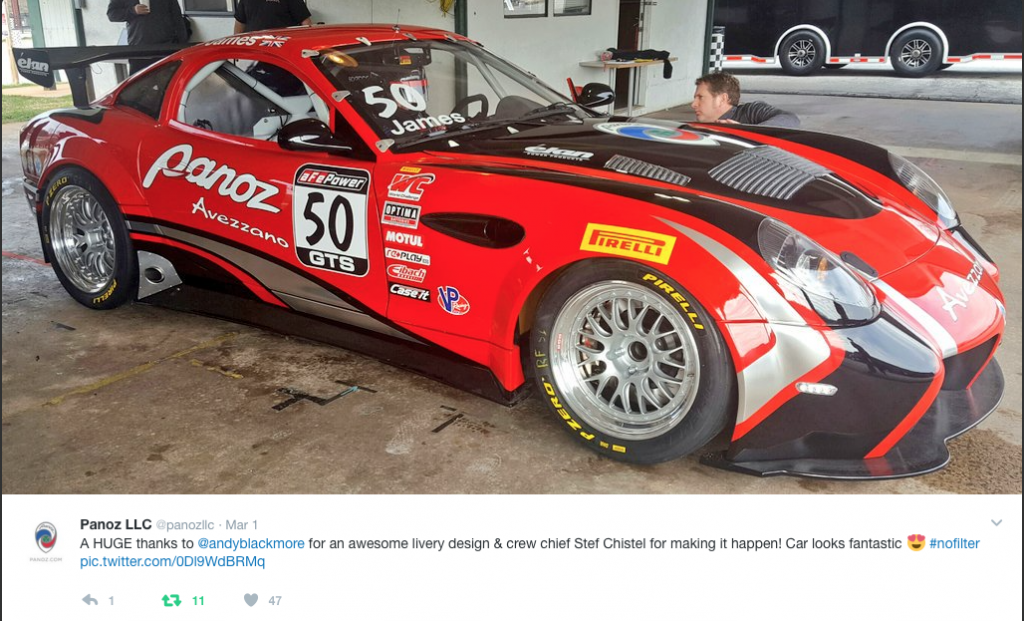