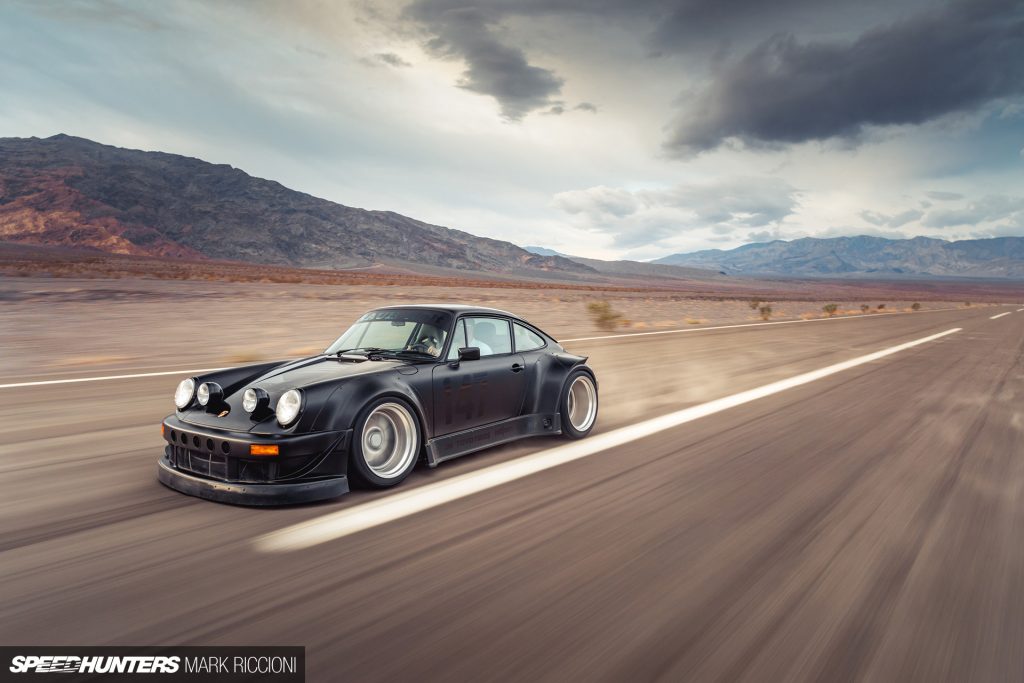 The base car already had a RWB kit installed and as this kit involves cutting the original fenders, this had to remain and would result in us staying clear of a pure Rally Car look, but it helps the aggression of the car massively.

We agreed early on to use a Satin or Matte Black with a Gloss Black central section over the hood, roof and engine cover to create a two tone. This works well on the 911 due to the sweeping shut-lines of the hood and drip rail. This also moves the look away from the original RWB cars. 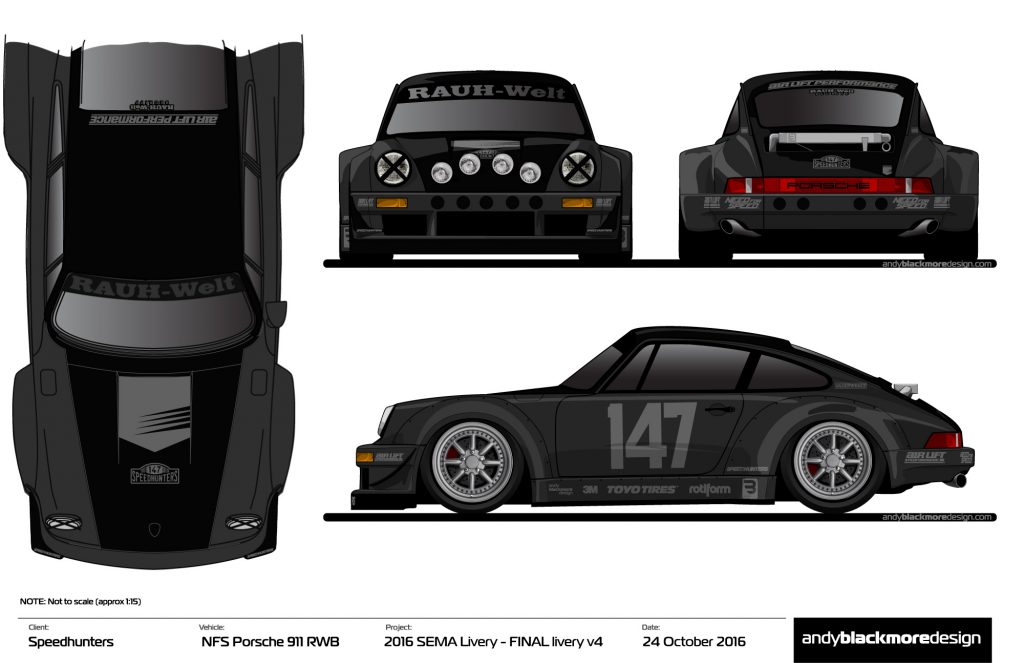 Branding needed to be subtle, but as this is a business, it had to remain.. The  original plan was for a Matte Silver/Graphite vinyl throughout which would have moved the visual look away from the RWB Stella Artois car. 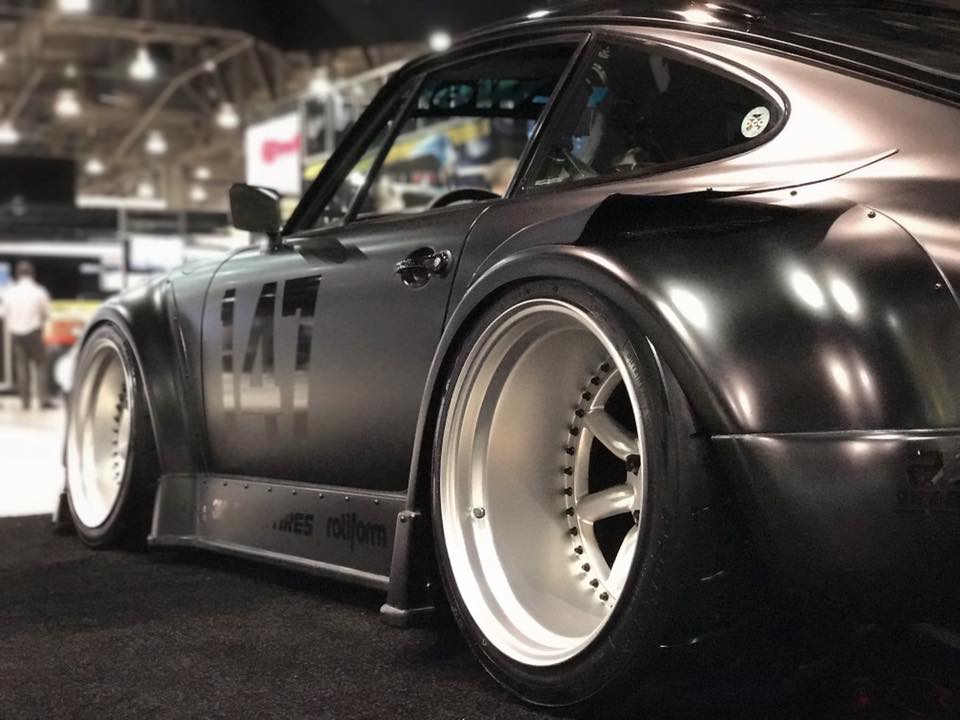 In the end the team at Vaderwerks opted to use the Matte and Gloss Black look reversed for a super-stealth look. The Rotiform MLW wheels added a much needed contrast to the Black mass of the car.

So, with these time limitations I was still able to add a few visual cues to add to the vehicle in addition to the livery. Bisimoto are well known for their awesome engine installs so we looked at a number of options at the rear which showed off their product on the stand with a cut-out.

We also wanted to clean up the lines of the car, replacing the RS GT2 Evo rear wing. We had to be careful here because the front has visually aggressive aero at the front. 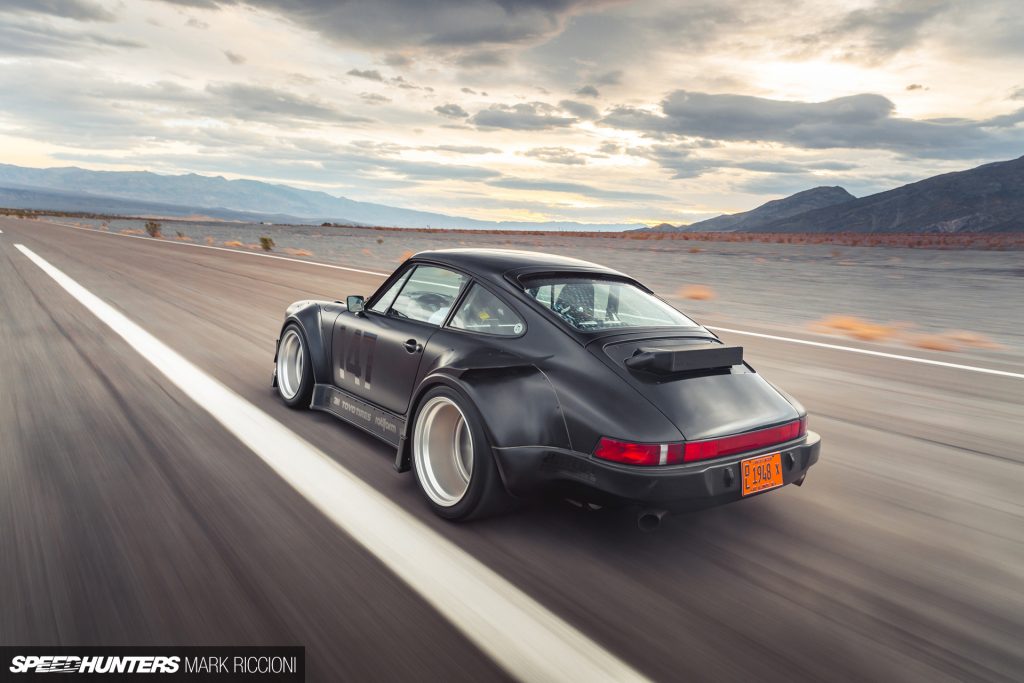 We also explored cutting away or removing the rear bumper, a bit of a Bisimoto trademark. Had we more time, that would have been next. In the end we went for a clean engine cover with a cutout with the Bisimoto intercooler sticking out. Its an unusual and clean approach. 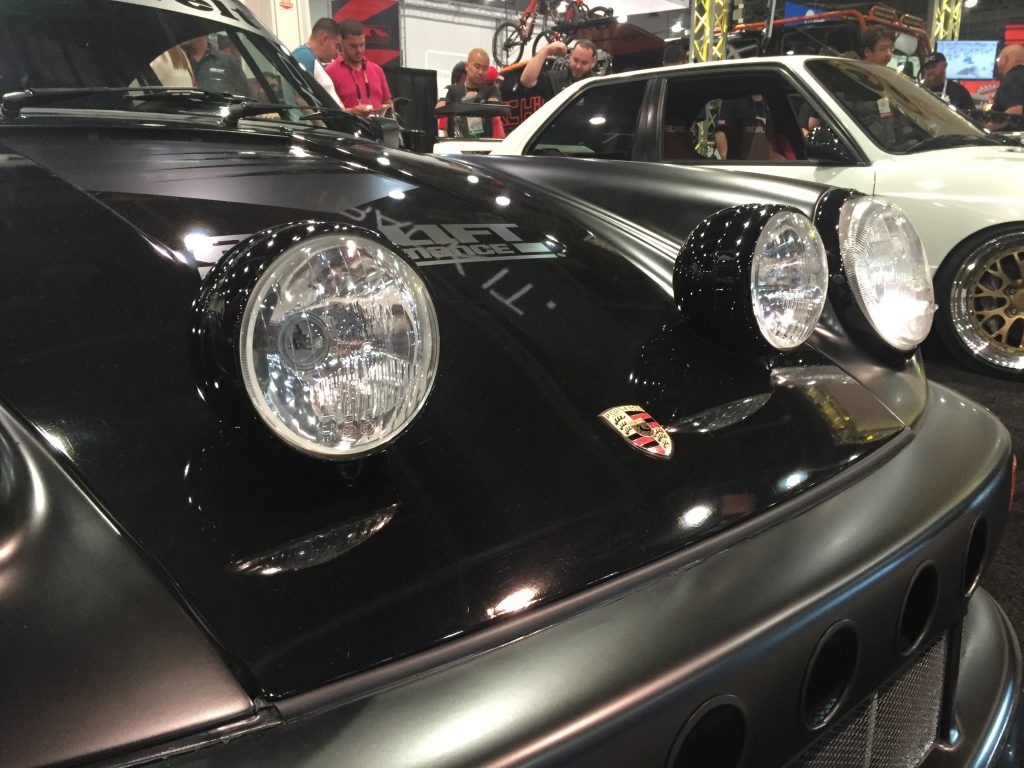 Elsewhere, I managed to source some replica Ciebe pod rally lamps. Back in the 70’s, Porsche used these lights in rallying and also endurance racing and they have become very iconic and rare. The original  Little known fact, they are based plan was for four lamps. 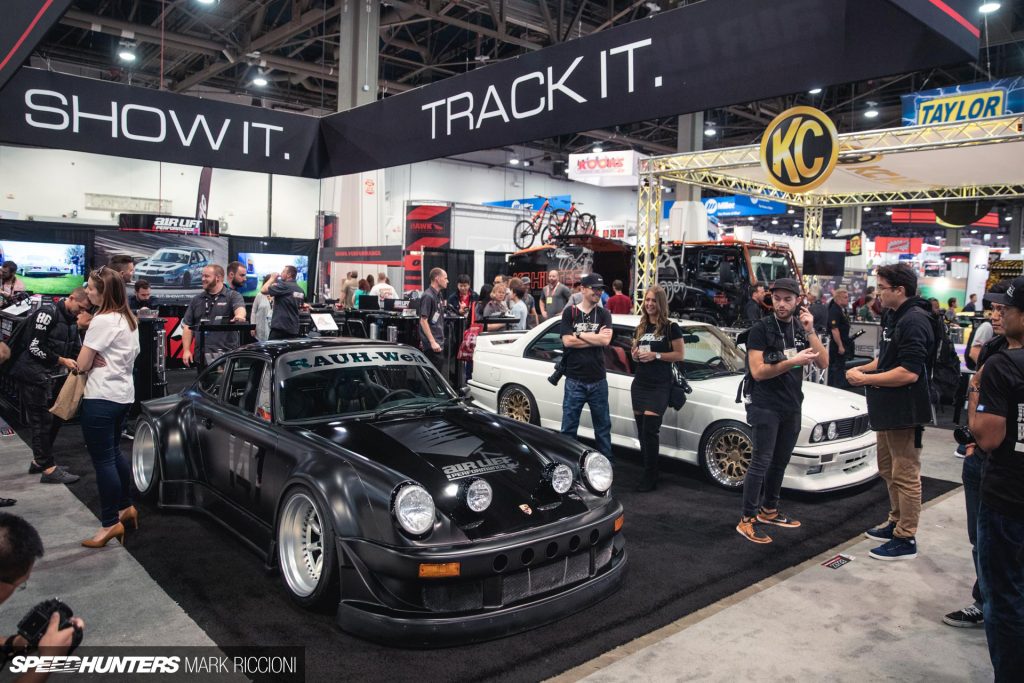 Finally to make the front more aggressive, lightening holes were cut into the front bumper. This build will be on the Air Lift Performance stand at SEMA. Hopefully its seen as quite the visual transformation from the original NFS car and shows what you can do with some vinyl and a few parts.

Keep an eye out for my other SEMA Speedhunters project, Keith Charvonia’s Toyota Landcruiser ‘Trailhunter’. 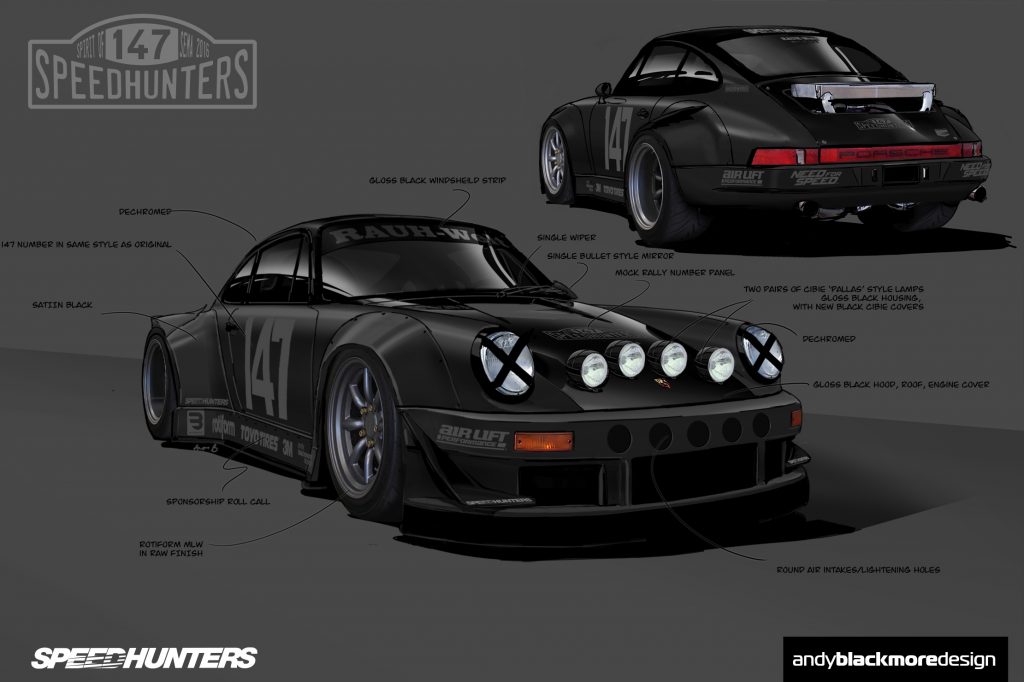