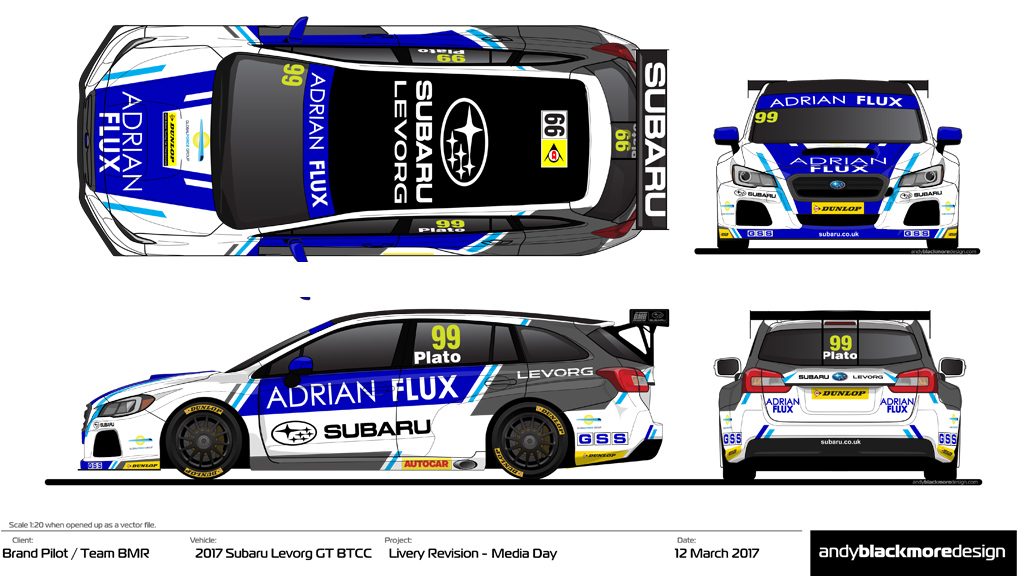 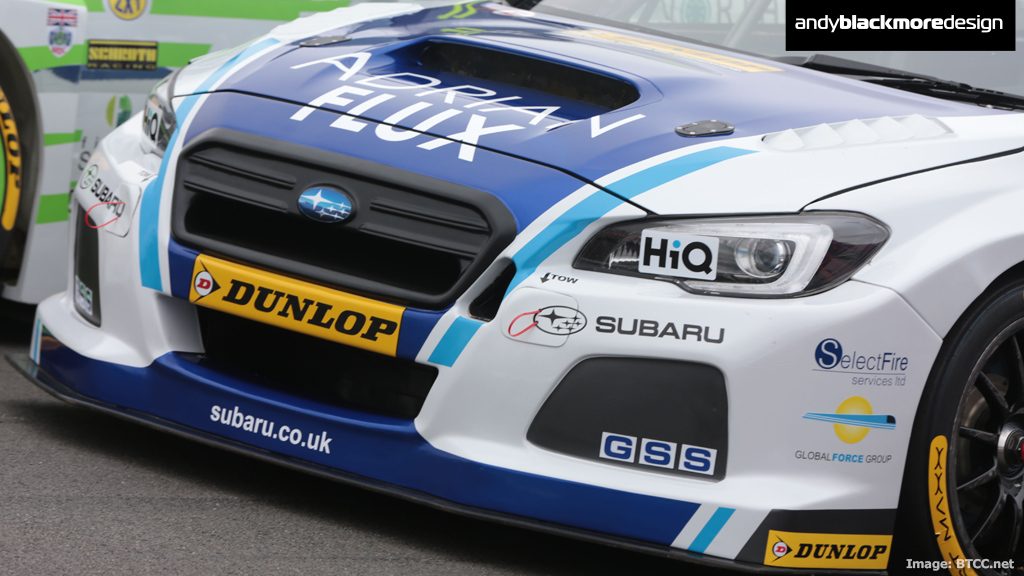 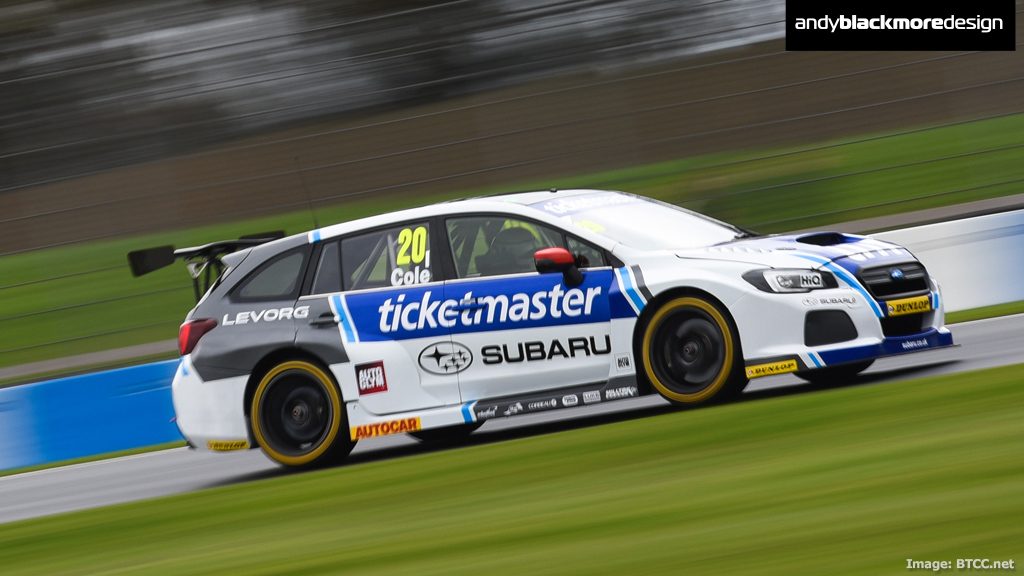 While Jame’s car with Ticketmaster branding retains the Blue, this could run in an alternative colour without diluting the livery. Front and rear quarters are left in base white for driver personal sponsors (see below).

The end result, giving a cohesive look across the team regardless of branding 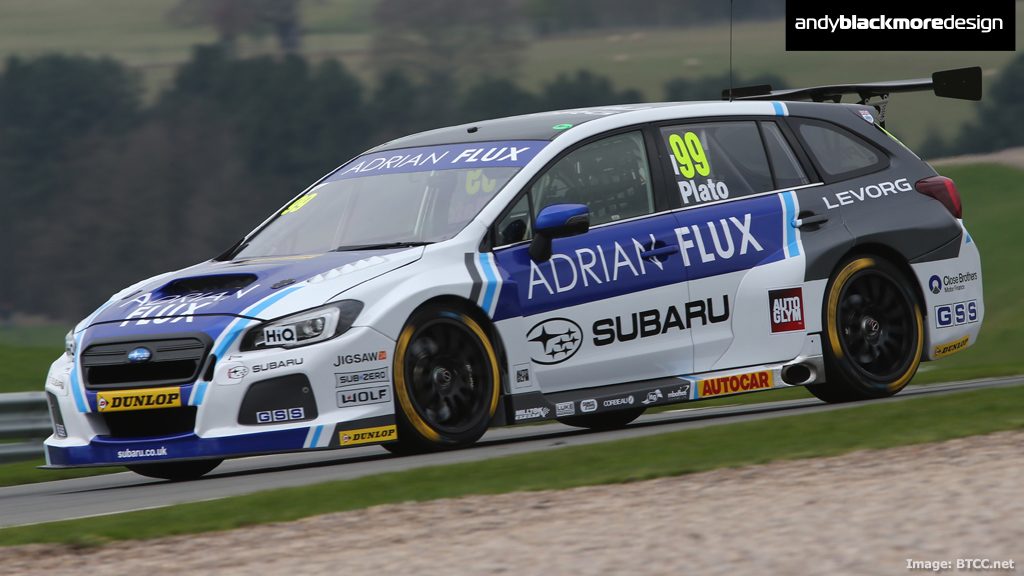 Britains most successful racer with number of wins, Jason Plato, will lead ‘Adrian Flux Subaru Racing’ with James Cole, Ashley Sutton and Clio Cup UK Champion Josh Price graduating to the BTCC team. Race suits and other team branding will appear at Round 1

The BTCC season gets underway at Brands Hatch on the 1st April. Live coverage in the UK on ITV with delayed coverage in North America on MotorTrend TV and in the US on CBS Sports Network. Looking forward to coming back to the UK for a quick trip and seeing the cars in action later in April at Donington!