The commission follows my livery design for their race winning VW ‘CC’ touring car during 2015 season when sponsor RIB increased their sponsorship and required increase presence on track.  BTCC champions, Jason Plato and Colin Turkington piloted the ‘CC’ along with owner Warren Scott and Aron Smith. 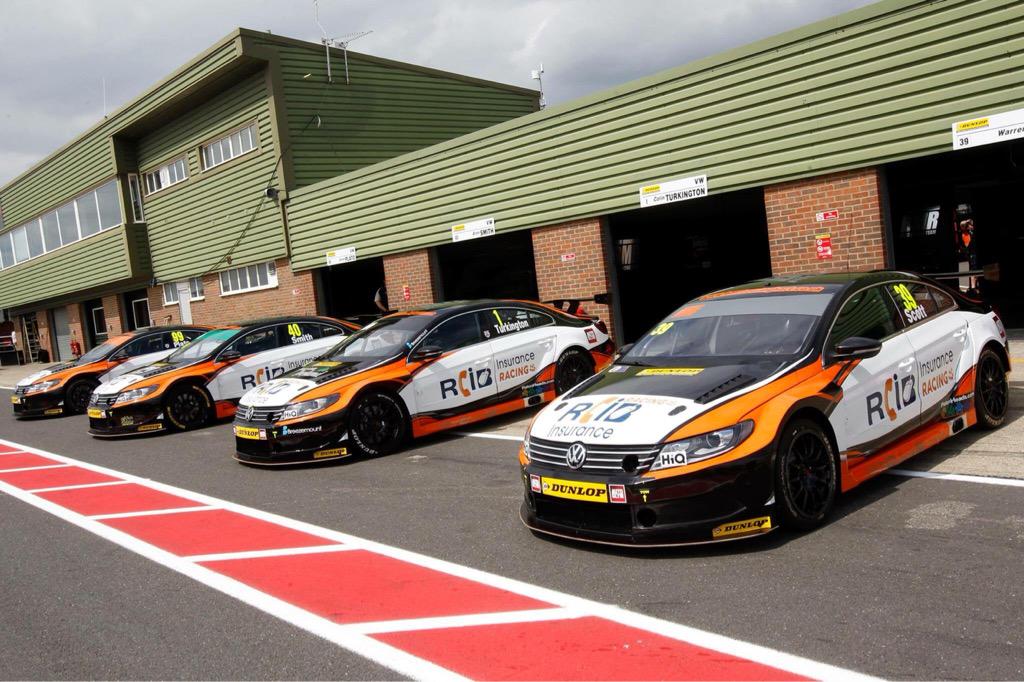 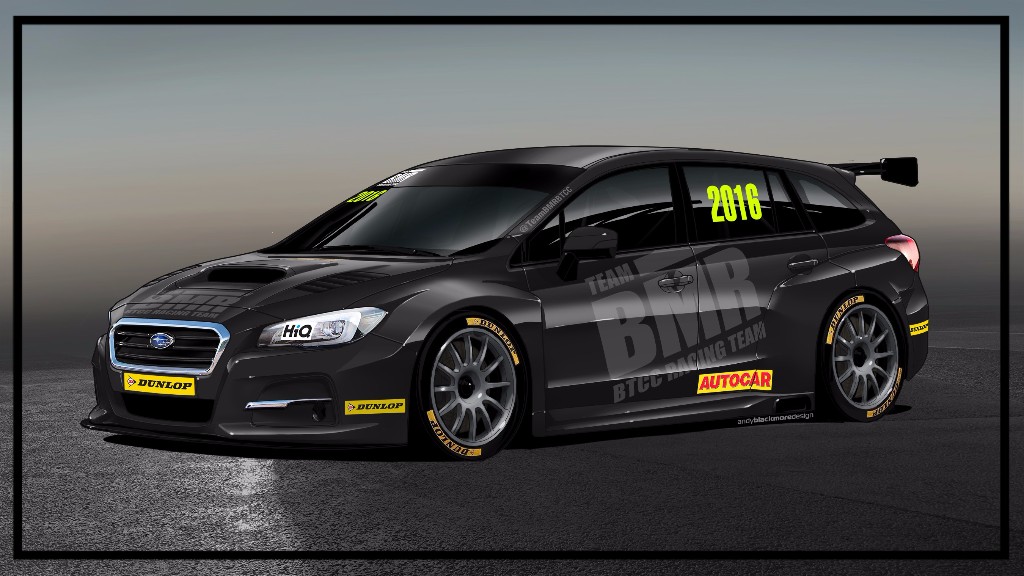 Team BMR will carry the Subaru badge as it enters as a constructor team from 2016 Dunlop MSA British Touring Car Championship.  Team BMR will join the grid and the fight for the Manufacturers/Constructors title this year, bringing in Subaru as a brand new manufacturer to the championship and going head to head with Honda, MG and BMW.
Speaking of the new partnership, Team Principle Warren Scott enthused “I am extremely delighted that BMR are to become a manufacturer team in only our 4th year of competing in the BTCC, I have had aspirations of becoming a race winning team with factory support from the very beginning and I am immensely proud of the team for giving Subaru the confidence in partnering BMR”.

Team BMR will be switching to the new Subaru Levorg Sports Tourer for the 2016 BTCC season and will be developing the car and engine, supported by the global resources of Subaru and Subaru UK.

Paul Tunnicliffe, Managing Director for Subaru UK & Ireland said “We’re very excited to have teamed up with BMR for the 2016 championship, the first time a Subaru has competed in BTCC. We were keen to enter our new Levorg Sport Tourer as it offers class leading aerodynamics and handling prowess in standard form. It can be easily developed into rear-wheel drive to comply with the BTCC regulations so we can’t wait to see how it goes against very established competition”.

For Subaru it will be their first step into The British Touring Car Championship with the current Independent Teams Champions for at least the next 3 year term, reflecting its current brand promise, ‘proudly retaining the unstoppable drive to lead’: leading with Team BMR and a winning driver line up.

Jason Plato said “Part of my role when joining BMR was to help secure a manufacturer deal.  The iconic Subaru brand has always been right at the top of my wish list, obviously it goes without saying that I am very excited about our future together and I’m confident that BMR will produce a fantastic package for me to fight for the Championship. This really is exciting times for us all… I can’t wait for the season to begin”.

Colin Turkington said “Continuing with Team BMR for the 2016 season was an easy decision for me and represents a great opportunity to build on our strong maiden campaign. I can’t wait to get started with the development of the new Subaru Levorg BTCC race car and I’m more motivated than ever to win.  This announcement is huge news for the Championship and equally for me”.

The announcement confirms the status of Team BMR on the grid.  A front running organisation, popular amongst fans and recognised by global manufacturers.

Alan Gow, BTCC Series Director commented “We are delighted to welcome another manufacturer to the BTCC and particularly one with such an incredible motor sport heritage. Subaru is an iconic brand with a huge following and its introduction to the BTCC is certain to excite our many fans around the world. I am sure the collaboration with Team BMR and its hugely experienced and talented driver line-up will make for a very successful partnership.”

With the start of the season just two months away the team are working flat out to get the cars built and ready in time for testing to commence in the next few weeks.  The official reveal will be during the official BTCC Media Day at Donington Park on Tuesday 22nd March, ahead of its race debut at Brands Hatch for the first round of the Dunlop MSA British Touring Car Championship on the 2nd and 3rd April.

Carl Faux, Chief Designer said “It’s an honour to be leading not only the BMR Racing’s first car build but to be able to do this with Subaru’s new Levorg model is a real privilege. Engineering challenges is what the project presents.  A new car, new engine and all the new generation TOCA components requires a methodical approach.  Establishing a 3 year programme means we can focus on getting the basics right early before developing the package further over the following years”.

The road going Levorg GT uses the renowned Subaru Symmetrical All-wheel drive system and is powered by an all new 1.6T direct injection engine.  Prices start at £27,495 on the road.

Further information on the Subaru Levorg and other makes of cars including the latest news, images, archives and links can be found at www.subarumedia.co.uk