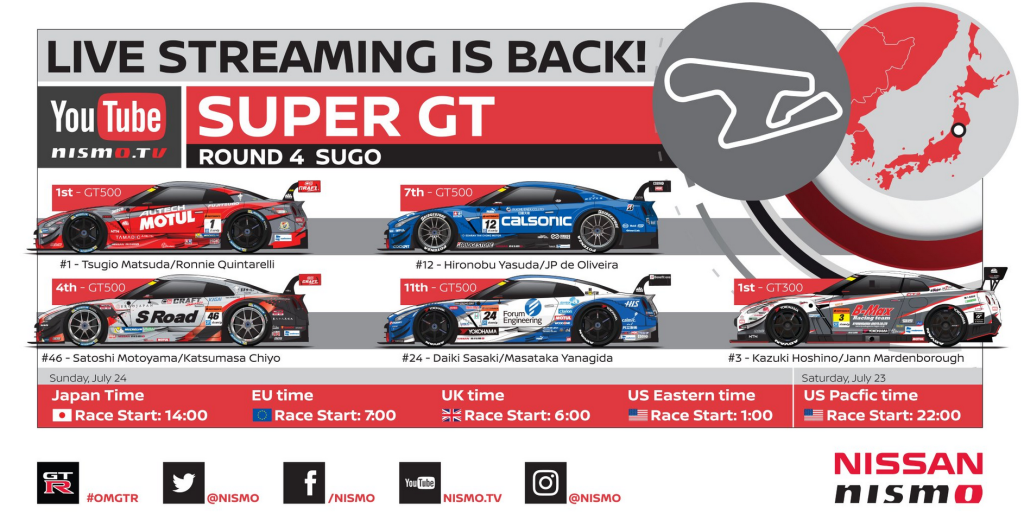 The previous week, Nissan and its NISMO.tv arm announced new Super GT coverage via its YouTube channel. My SuperGT images from earlier this year were re-used on another clean looking Infographic, above, created by Paul Ryan for Nissan.

You can see more examples of my detailed vector illustrations for Nissan here.