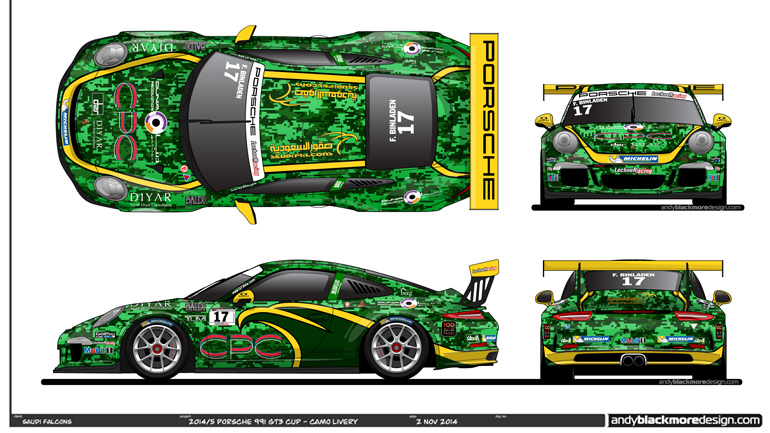 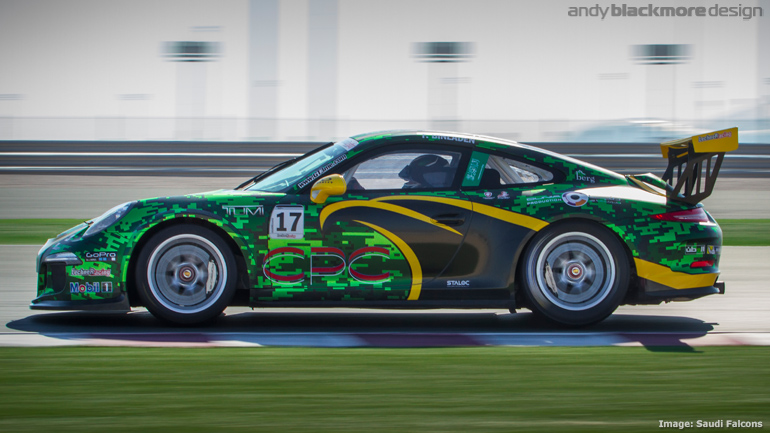 END_OF_DOCUMENT_TOKEN_TO_BE_REPLACED

Long time client, Saudi-Falcons showed off their all new Porsche 991 GT3 Cup cars this week ahead of the opening round of the Porsche 911 GT3 Challenge Middle East this weekend. 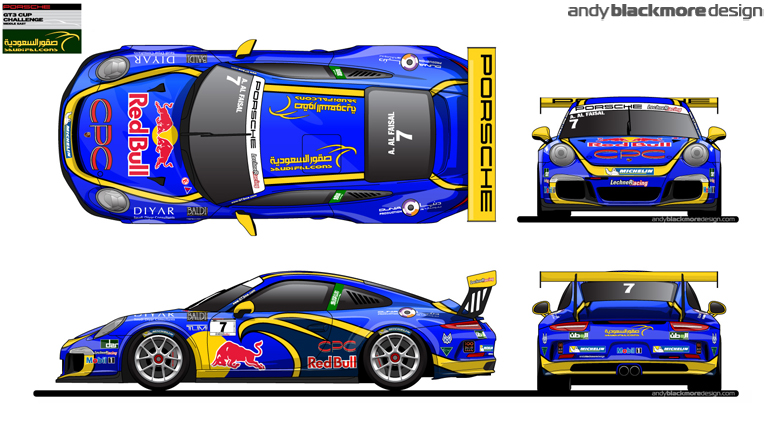 Developed from the 2012/13 livery, the design has evolved with the Saudi Falcon graphic moved rearward on the all new car to accommodate series branding and other sponsors. As before, the two car team will run in different colours. Previous Champion and Red Bull Athelete , Abdulaziz Turki Al Faisal will run in Blue and Chrome Blue while current silver GT3 Challenge ME ‘Silver’ Champion, Faisal Binladen will run in the tradition Green and Chrome Green associated with the Kingdom of Saudi Arabia. 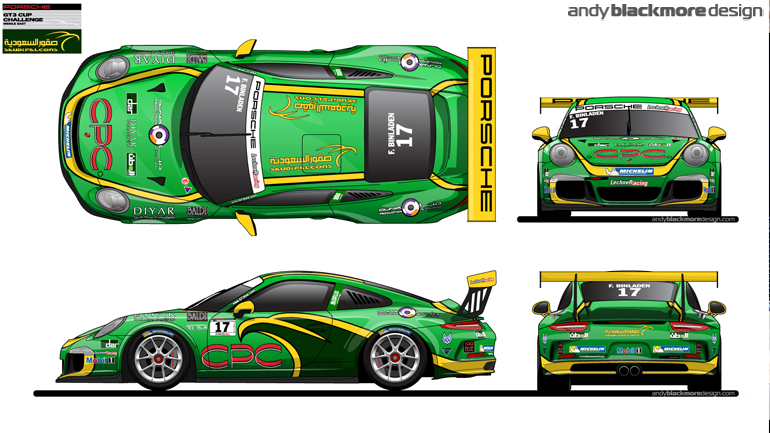 Watch out for a full post, but in the meantime, check out the rest of these awesome images from Abduallah Al Rodan and Crank and Piston here.

Want your car to stand out and generate significant media coverage? Get in contact!

END_OF_DOCUMENT_TOKEN_TO_BE_REPLACED

Thanks to Saudi Falcons, DailySportsCar and Radio Le Mans, a special 24Hr Dubai Spotter Guide is now available to download showing all 82 entries.

The event will be covered by Motors TV and RadioLeMans.com with extensive reporting (Including input from myself) on DailySportsCar

The arc’s work particularly well on the side of the Z4 although the oversized number panel proved to be a bit of a headache, but we managed to create a design which doesn’t look too busy despite so many sponsors. END_OF_DOCUMENT_TOKEN_TO_BE_REPLACED

One of the leading teams in the Middle-East, the Saudi Falcons has a new look for their 2012/2013 season. The design features an evolution of the Falcon graphic on the side of their race cars which has now been emphasised by contrasting chrome and solid colouration

Following successful usage of material finishes on the Mustang RTR-X and the 2012 Tyler McQuarrie Racing Chevrolet Camaro, I took this one stage further by introducing a Chrome Green into their design. Working with the team over a number of months, we settled on solid color on the hood, roof and trunk as well as the ‘Falcon on the side. The contrast works well in the Middle East with their strong sunsets and open desert circuits. END_OF_DOCUMENT_TOKEN_TO_BE_REPLACED