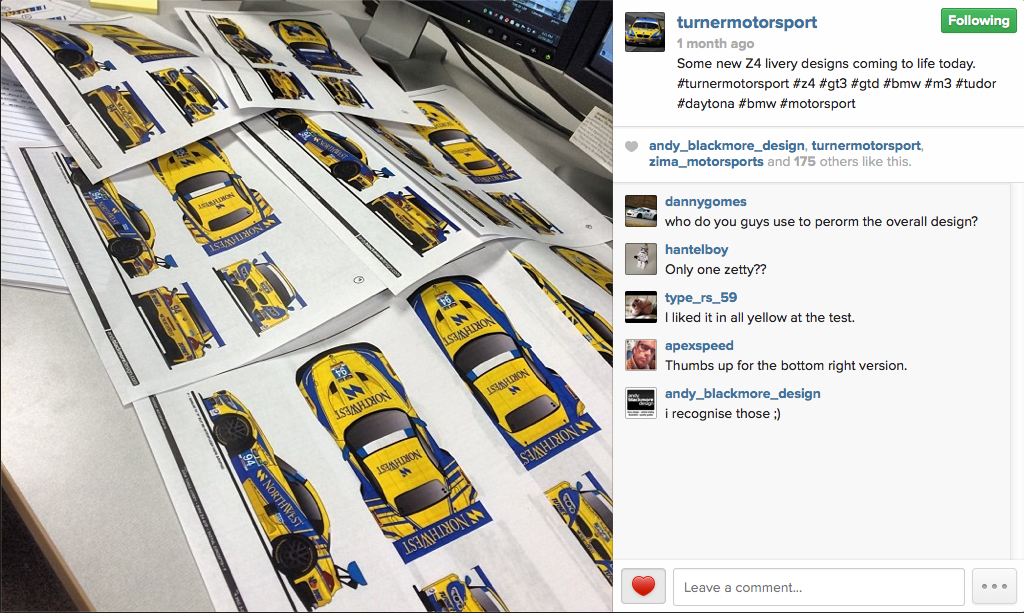 “I was sitting in front of my TV watching Speed Vision and I couldn’t help but be drawn to the bright colors of the Renault Laguna. They just popped.” Will Turner explained. “I really liked the contrast and unique look of the blue and yellow together so I decided to go with it and the rest is history. That next season in 1998 we decided to do our E36 touring cars in the yellow and blue and now 17 years later we are evolving it to the new Z4. Obviously there are thousands of directions to go with a brand new livery but I think the Turner brand is the most important thing and that is why we stick with the blue and yellow year after year.” 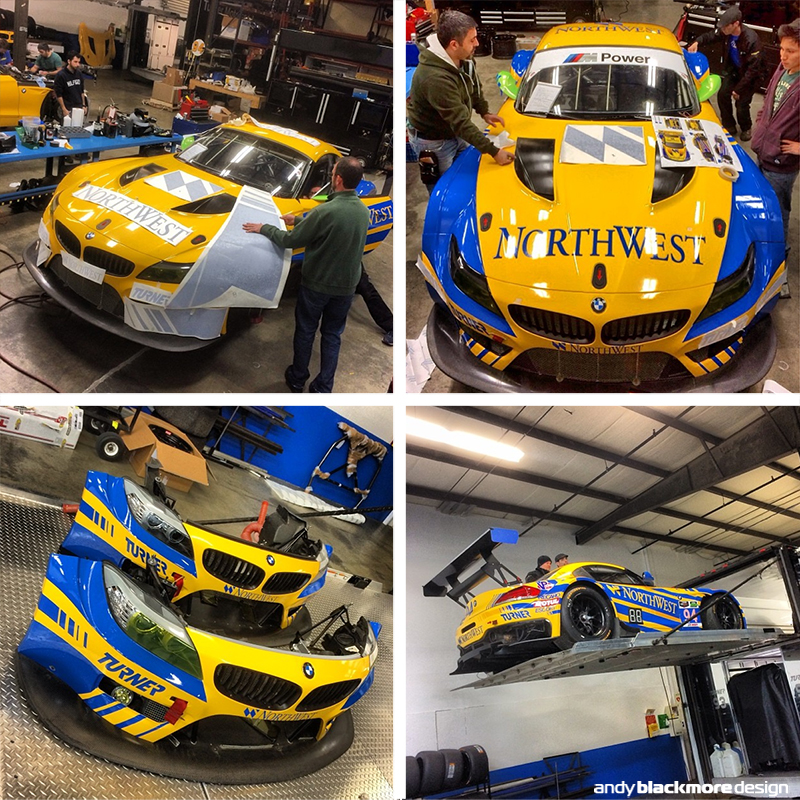 Blue and yellow BMWs have become part of the Turner brand. With the Z4 we focused on giving our primary sponsor as much real estate as possible while still retaining the strong connection with Turner. We would like to thank Andy Blackmore of Andy Blackmore Design for the hard work in helping us come up with the new design and finding something that would work with the Z4.

Look for the new Z4 later this month at Daytona International Speedway for the 52nd running of the Rolex 24 at Daytona. The race will be televised on Fox Sports 1 starting Saturday January 25th at 2:30pm ET.