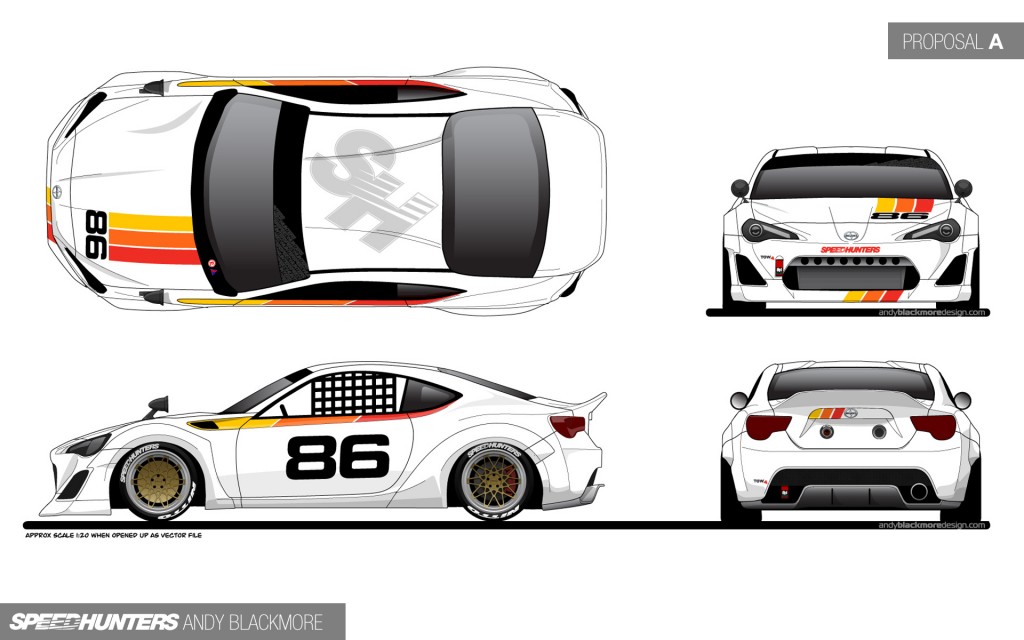 We ended up going with a vintage racer theme for the car, taking influence from early Japanese racecars in the 70’s and 80’s IMSA GTU and GTO Championships. 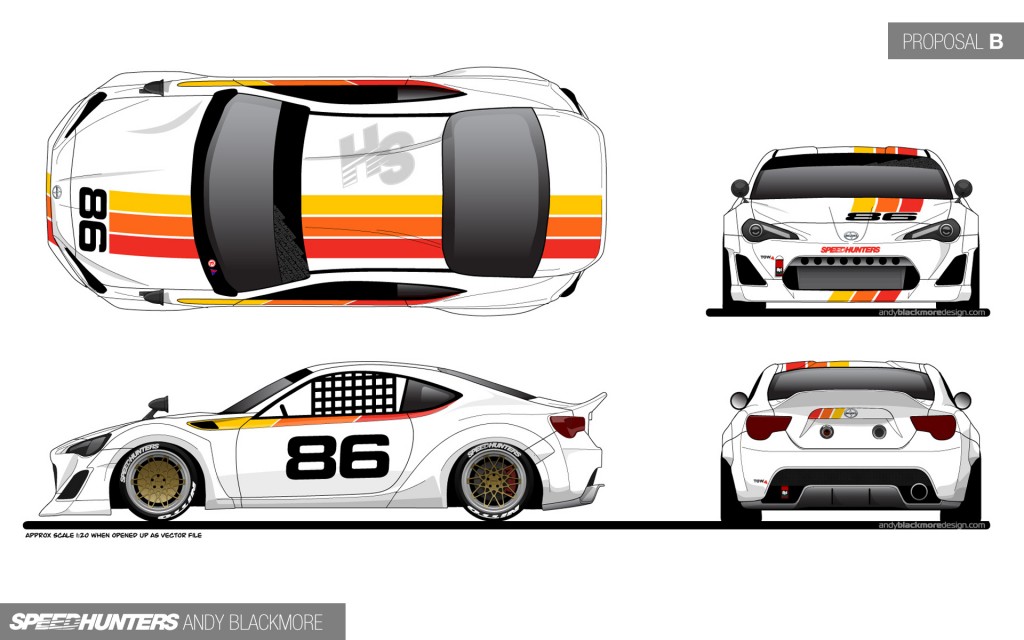 More detail soon, but for now, we have decided to let the Speedhunters Collective help us make the choice with regard to the iconic TRD striping over the top of the car. You can vote at Speedhunters for the next 48hrs. 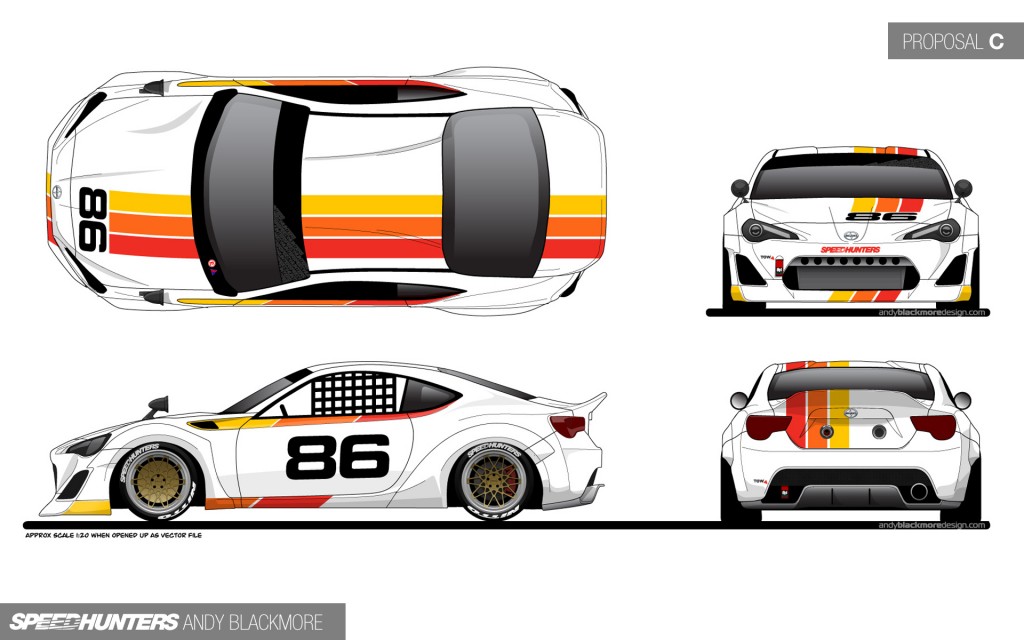 Then it goes straight into production as Scion take the car back in less than 25 days!  In November, a group of judges will decide which of three entries wins, aided by a fan vote Stay tuned for that fan vote.