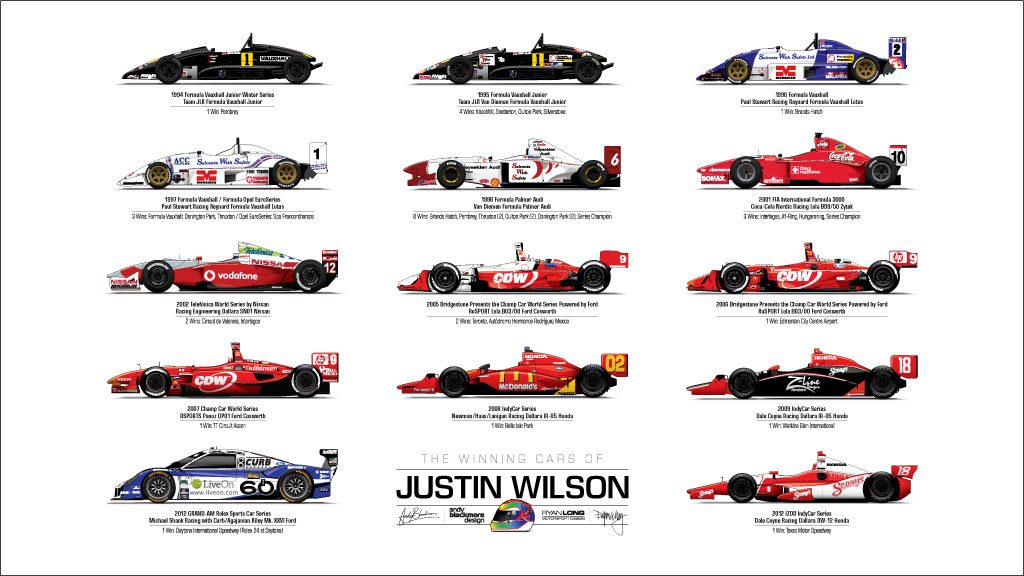 This year we thought it would be a good idea to release a ‘Wallpaper’ of the print which you can download here, or by clicking the lead image.

From the Formula Vauxhall Junior car Wilson used to earn his maiden win in 1994 to the Dallara DW12-Honda that took the Briton to Victory Lane for the final time in 2012, 14 cars were created between the two of us. 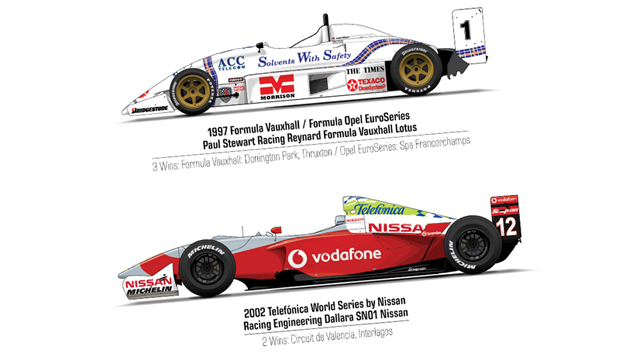 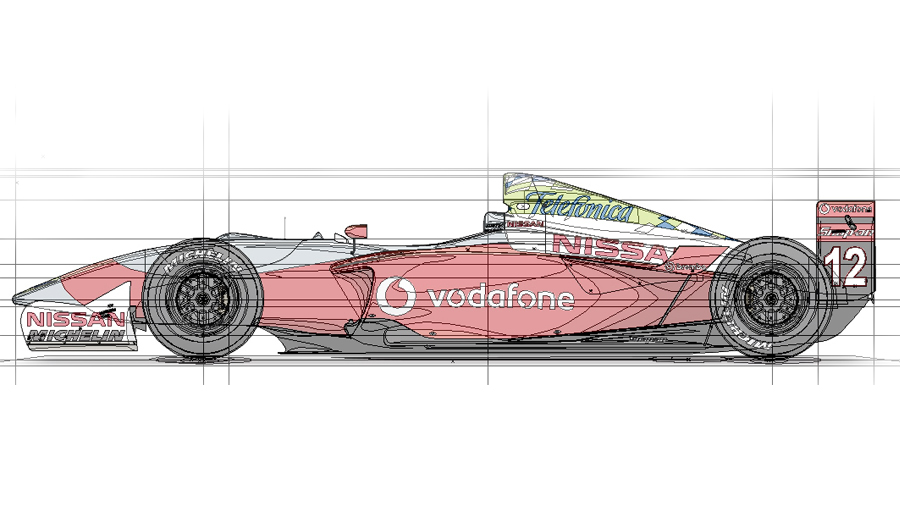 If you would like to see how one of the cars was created, I have a walk through tutorial here.

NOTE: This is available in one size only, so as not to devalue the original print. Despite almost weekly requests there will not be another print run. We would respectfully ask you do not modify the wallpaper, pass any of it on as your own creation or modify it in anyway. 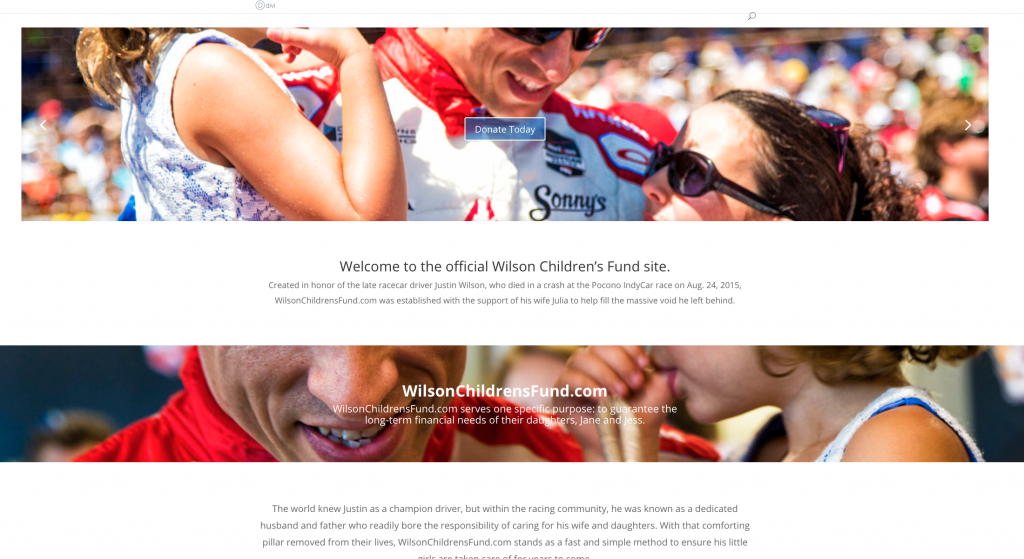 If you download the wallpaper and are in position to donate to the Wilson Childrens Fund, note matter how small, this would be appreciated. The Fund, will over time, help secure the financial future of Justin’s girls and his wife.

You can make a donation HERE. 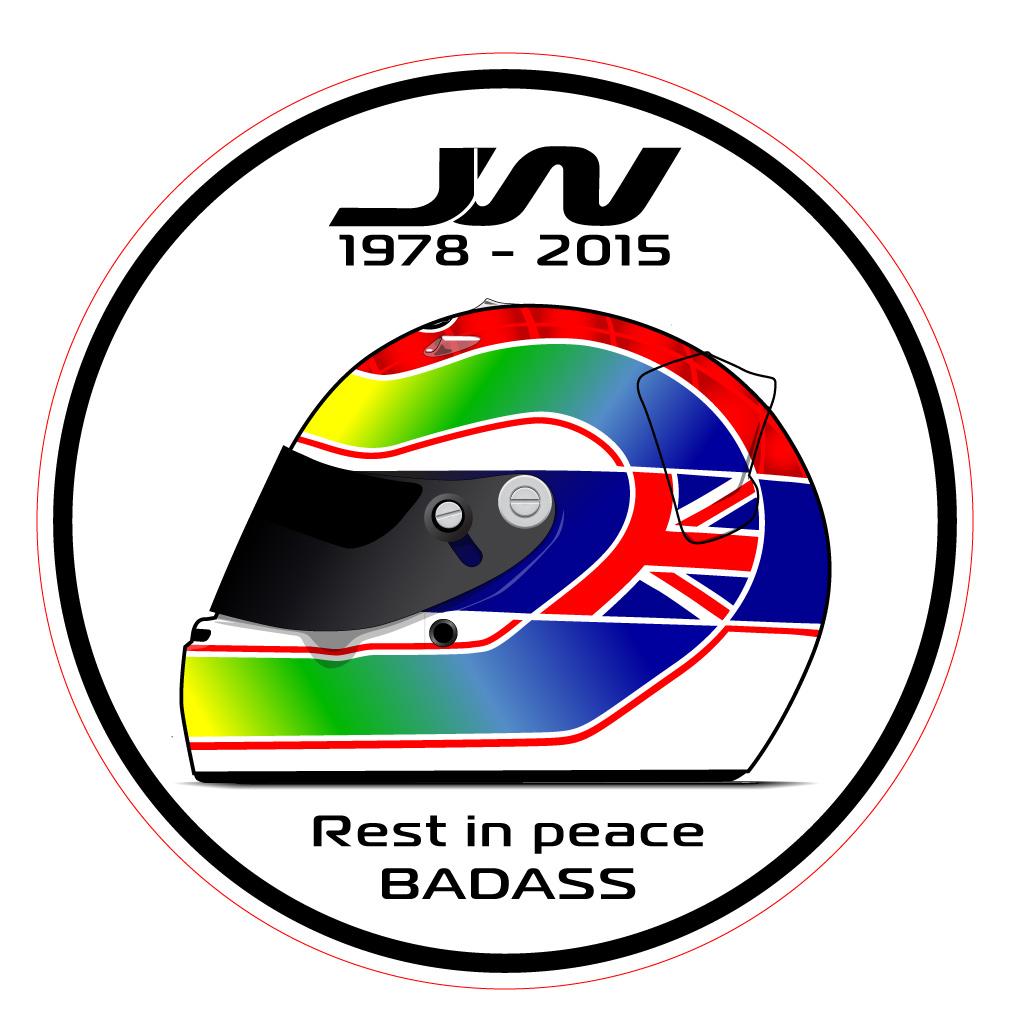 You are also welcome to use this graphic above, again provided this is not sold on.

Thank you to the following people who helped with reference, spread awareness and production of the illustration and print. Thank you all.

Also massive thanks to all those who championed and helped with the spread of the Justin Wilson decals. Too many to name, but a few who went above and beyond.
Marshall Pruett
Indycar
IMSA
NASCAR
GRC
Matt Cleary – Sunday Group
Jason Plato
Alex Wurz & GPDA
Allan McNish
Dan Rye, Steve Tarrant – Stickers4
Strakka Racing/Nick Bailey
ESM

Thoughts remain with the Wilsons,