VOLT lighting corporate colors are a vibrant yellow and black and the team wanted to utilize a florescent yellow/green vinyl for the car to really stand out on track. Combined with Graphite Grey, this gives maximum contrast. The livery has been designed to be very clean and utilize the lines of the McLaren. 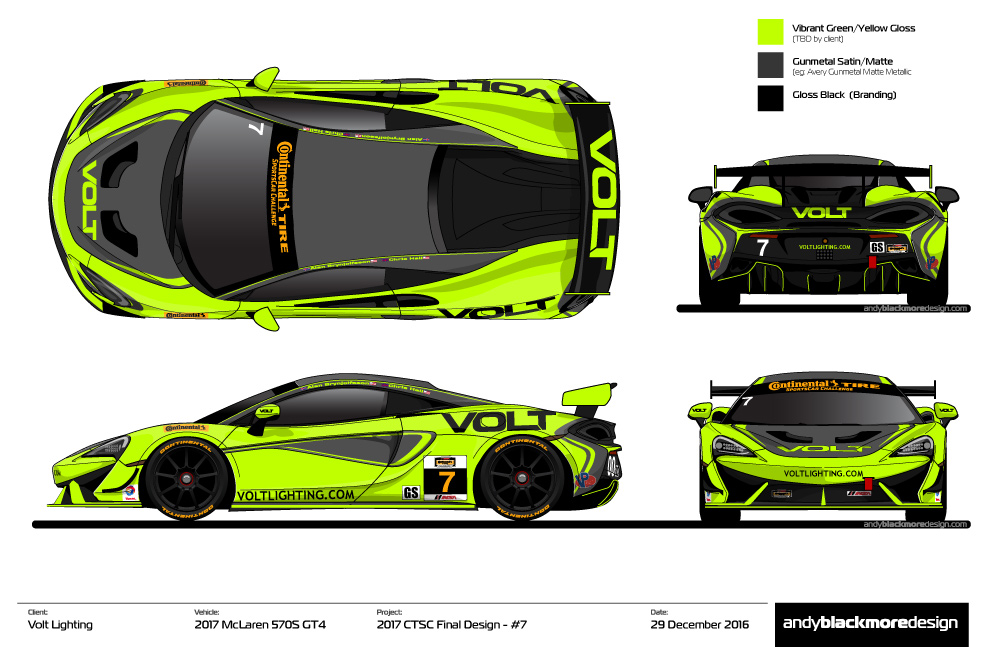